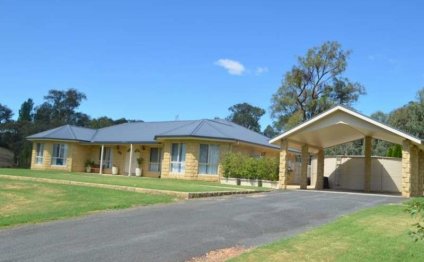 Famous for crunchy apples, juicy stone-fruit, delicious cherries and blueberries, Tumut could be the perfect place to explore and test the cool-climate produce regarding the Snowy Mountains. February to May is apple season, but year round you can purchase fresh eggs, jams also create direct through the farm.

The Tumut area is known for its spectacular surroundings and it is well-known year-round. During cooler months visitors visit the snowfields, while the hotter months provide outstanding getaway for anyone interested in walking and bushwalking, or looking a relaxing break.

The center of the region could be the friendly country town of Tumut, title from an Aboriginal word meaning ‘quiet resting destination because of the river’. Its considered the gateway towards the Snowy Mountains Hydro Scheme.

Tumut is a farming centre specialising in wool and timber and is well-known the gorgeous autumn tints of their deciduous woods. This can be celebrated yearly due to their event for the Falling Leaf which has been operating for more than 60 many years and includes music, market stalls and performances.

Significantly less than 20km west of Tumut could be the charming village of Adelong, recognized for its National Trust indexed primary street as well as its gold mining past. Nearby you’ll get the pretty Cascade Falls, an element of the Adelong Falls Reserve, with picturesque walking paths and picnic and bbq services.

Batlow is renowned for its orchards, particularly apple orchards, that are one's heart of Batlow’s economy. Stone fruit, including peaches and plums, are also popular produce. Batlow celebrates its fruit-growing trade every year aided by the well-known Ciderfest, held in May, while the Apple Blossom Festival, which celebrates the arrival of springtime, presented in October.