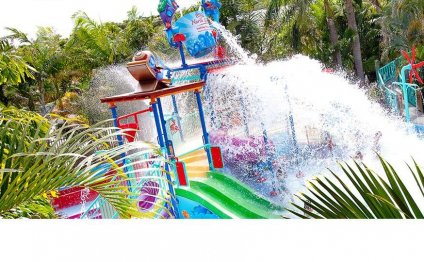 Near to Sydney's CBD, Lane Cove National Park is a beautiful pocket of bushland nestled on Lane Cover River - a good area for bushwalking, kayaking, sailing and camping.

Get a taste of nature without making Sydney. Ku-ring-gai Chase nationwide Park shields nearly all northern Sydney's creeks and coves. Browse its breathtaking lookouts, Aboriginal websites, and stop for a waterfront picnic.

At Dorrigo nationwide Park you will discover World Heritage-listed Gondwana rainforests, secret waterfalls, walking tracks and Australian wildlife. And it's only an hour from Coffs Harbour.

If you're an adventure sports thrill seeker, the Snowy Mountains has it-all. Hit the skiing mountains in winter months, rise Mount Kosciuszko, or get bushwalking and cycling in spring.

Myall Lakes features one of many largest coastal lake systems in NSW. Cast your line for a spot of fishing, and get whale seeing across the playground's 40km stretch of shores.

Sydney's harbour jewels take program in Sydney Harbour National Park. Explore the park's turning inlets and islands on a foreshore stroll, or have actually a picnic with some of the greatest views around.

Yuraygir National Park is a high area for browsing, fishing and beach camping. Keep an eye out for Australia’s coastal emus from the Yuraygir seaside stroll.