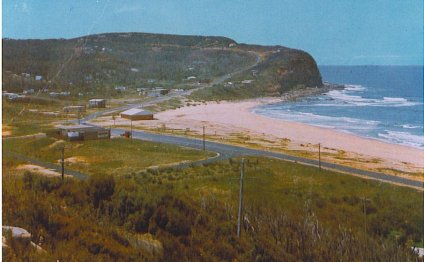 On seventh May 1770, Captain James Cook adventured across the east coast of Australian Continent and recorded inside the journal 'some pretty high land which projected out in three bluff points and occasioned my phoning it "Cape Three Things"'. These three things are indicated of all Central Coast maps being Bulbararing Point with Tudibaring Head at the north, Mourawaring aim at the southern end of Macmasters Beach, and Bombi Point in the south in Bouddi National Park.

The Bouddi Coastal go stretches from Macmasters Beach through to Putty Beach. This 8km one-way walk, taking-in Maitland Bay and Little seashore, takes around 4 hours each way and it is probably the most spectacular regarding Central Coast.

During the early European settlement days, Copacabana was understood by residents as Tudibaring (an Aboriginal term meaning "where the waves pound like a beating heart"). It absolutely was also referred to as Judi Barn, Allagai (Aboriginal term indicating "somewhere of snakes"), Kincumber and Macs.

Copacabana features a whale viewing platform. During the winter months between belated May and early August, the Humpback Whale can sometimes be seen migrating into the warmer waters of this Central Coast area from the Three Things. The whales usually come rather close to the shoreline as a result of the northerly currents today of the year.